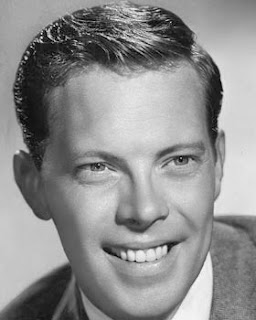 November 29, 1950: Vocalist Dick Haymes played the role of freight pilot Dockery Crane in the ABC program I Fly Anything.

The program survived for only a short period, which forced Haymes to get back to singing, where he earned his good name.

Dick Haymes was an Argentine singer who made a name for himself in the states. His work as a vocalist allowed him to join a number of big bands, and he was popular on old time tadio and television.
'I Fly Anything' Dick Haymes plays pilot Dockery Crane in the ABC premier