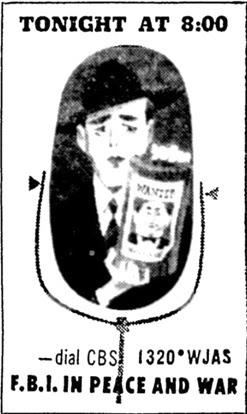 November 24, 1944: The FBI in Peace and War went on air on CBS for the first time. Its fourteen year broadcast made it one of radio’s longest-running crime shows.