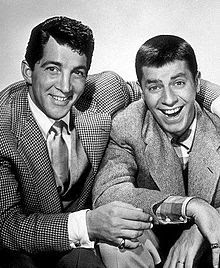 The comedy team of Martin and Lewis was widely known throughout the country. Martin was the “straight man,” aka the serious type singer, and Lewis was the comedic foil.

Before the two became a team, Martin worked as a nightclub singer and Lewis performed a lip-synced comedy act.

The duo's career started in nightclubs before moving to radio broadcasts. Eventually the team jumped to television, and finally they began to make appearances on the big screen.

Their 1949 Martin & Lewis radio series came to an end in 1953.
When the world met Martin and Lewis