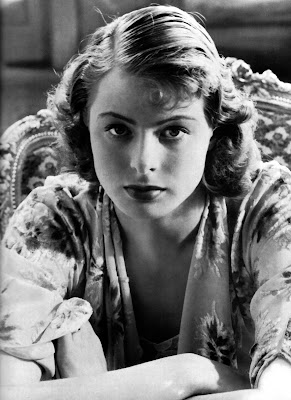 The winsome Ingrid Bergman was born on this day in 1915. In the world of classic radio, she entertained listeners while entertaining troops on the patriotic program "Everything For The Boys," hosted by Ronald Colman.

Early in its life, the program was like other radio programs in adapting stories by contemporary writers and bringing in top-notch actors. Here's where Bergman came in, starring in "Death Takes a Holiday."

The Swedish actress also played her way into America's hearts in episodes of Lux Radio Theater such as "A Man's Castle," "For Whom the Bell Tolls," and "Gaslight." She played the title role in a production of Anna Karenina on Screen Guild Theater and the role of Isla Lund on a rendering of Casablanca on the same classic program.

The three-time Oscar winner is just one of many examples of all the top talent making its way to the world of radio back in the golden days.
Anna Karenina Everything for the Boys Ingrid Bergman Isla Lund Lux Radio Theatre patriotic Ronald Colman Screen Guild Theater