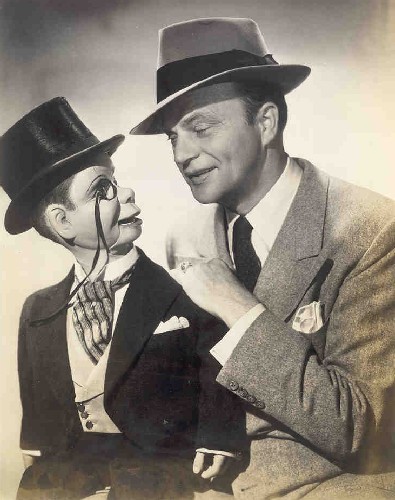 The radio ventriloquist duo Bergen and McCarthy's last appearance was on "The Muppet Movie." Shortly after filming that movie, Bergen died of kidney disease. The movie was then dedicated in his memory.

At present, his dummy Charlie McCarthy, which was still in good condition, is on display at the Smithsonian Institution at Washington D. C.
dummy puppet Edgar Bergen and his beloved Charlie McCarthy's insurance radio ventriloquists