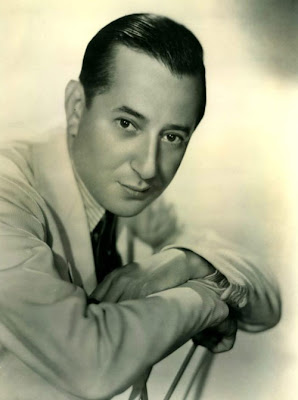 How does a radio comedian end up as a bigtime college football coach? Well, the Lou Holtz of our world and the one who coached the Notre Dame Fighting Irish are two different people.

Radio's Lou Holtz was born on this day in 1893 in Beverly Hills. He started touring the Vaudeville circuit in his teens and became one of the genre's big stars. In the 20's, he developed one of his signature character, Sam Lapidus.

Not long after, he began making appearances on the top radio programs of the day, such as The Rudy Vallee Show and The Paul Whiteman Show. From there it was a chance to host his own show, The Lou Holtz Laugh Club. This was a little niblet of a show, just three minutes in length, but packed with comedic stories and jokes told by Lou himself and his guests.