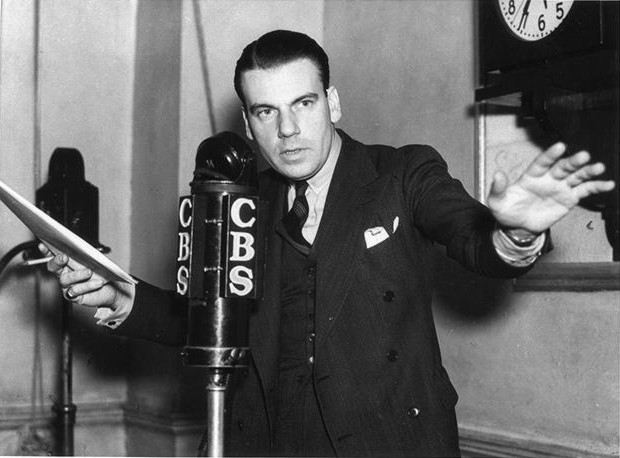 A happy birthday goes out to talented voice actor Ned Wever, born on this day in 1899.

One of the mainstays in the career of Wever was his regular appearances on The Adventures of Superman, which ran from 1940-1951. Ned Wever played Jor-L, Superman's original father, as well as various bad guys.

He also earned his paycheck for a few years on (remember this one?) the soap opera Betty and Bob. This was a serial about a businessman who fell in love with his secretary, the two of them embarking on a romance. Its episode titles didn't mind giving out spoilers: "Evelyn Purposely Encounters Bob," "Margaret Jameson Has Hit a Girl With a Car," and "Evelyn Decides Not to Marry Sam." One guesses these titles were not announced or published prior to the broadcast.

It's important to note that he was also a lyricist of such Golden Age hits as "Sing a New Song," "I Can't Resist You," and "Sweet Stranger."
Adventures of Superman Betty and Bob Big Sister Bulldog Drummond Cavalcade of America Dick Tracy Ned Wever X-Minus One