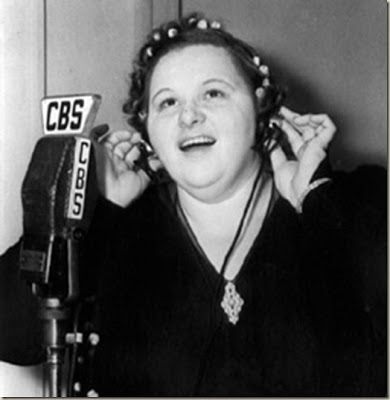 April 4, 1938: Kate Smith started her debut on a new noontime talk show after 7 years she sang on the airwaves.

Even when she was a kid, Kate Smith already love to dance and sing. She used to perform on theaters and nightclubs before she was discovered by Ted Collins in 1930. Collins was Columbia Records' Vice President who became Smith's partner and manager. He put her on a radio show in 1931 where she experience a huge success. Seven years later, due to the popularity of her radio show, she was also given another one, a day daytime talk show entitled Kate Smith Speaks-- a news and gossip radio program.
gossip show kate smith news show old time radio The Debut of Kate Smith's First Noontime Talk show