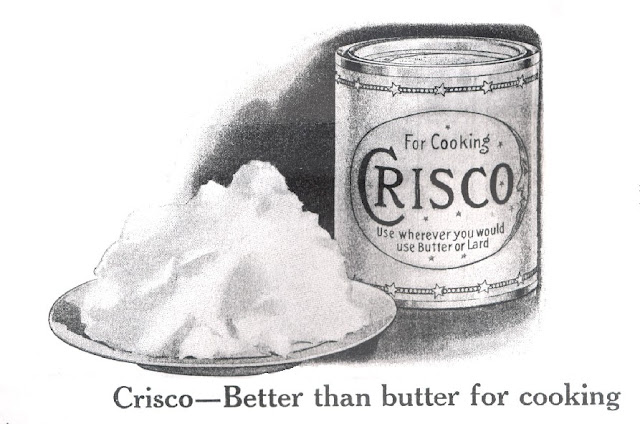 When P&G introduced Crisco, they had to changed the mind set of housewife on that days about imitation food. P&G stated on their ads that vegetable shortening was healthier and cheaper than animal fat or butter. They succeed with their campaign and taken on their biggest competitor lard and butter.  The product was advertised throughout the golden age of radio.
Launching of Crisco