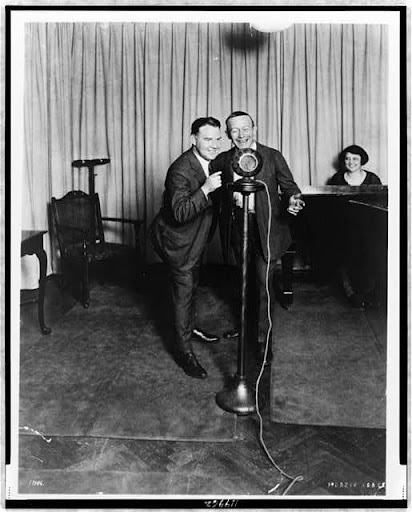 August 23, 1923: The first comedians who ever performed on radio were Billy Jones and Ernie Hare. Their performance was broadcast on this day. They're also mentioned performing the commercial singing for the first time.

The Happiness Boys was broadcast for the first time on New York's WEAF, and from 1926 to 1929 the show moved to NBC. Jone & Hare usually presented  light fare and comic songs, and they inserted humorous lyrics into their song. Their famous theme song was "How Do You Do" (1924). While they made  made changes to the lyrics of the song, the melody was used in various song before.