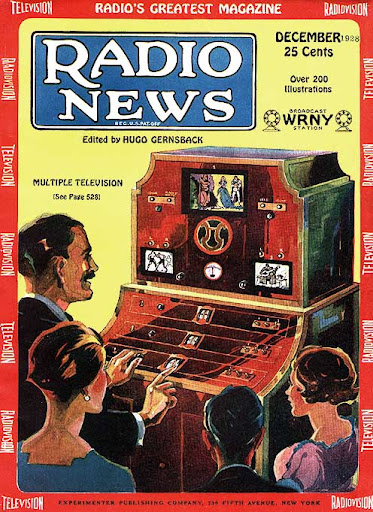 "Real Folks,"was about the “real” daily lives of Matt Thompkins, town mayor, newspaper editor, general store manager, postmaster and band leader, and his wife, Martha, who were surrounded by a cast of “typical” small town characters.  The Real Folks serials was aired every Monday at 9:30 - 10 pm

The Real Folks was the first regular series in the history radio broadcast and electronic medium. In the future, radio serials (radio soap operas) were a huge impact on bringing fiction into the mainstream.

Sadly no radio broadcasts of "Real Folks" are believed to be in existence.