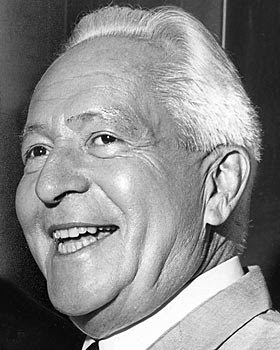 October 1, 1942: Hosed by Art Baker, People are Funny debuted on the radio for the first time!

The precursor to today's reality TV show, People are Funny  went on its initial broadcast over NBC. The game show featured hilarious stunts from its  contestants and, at times, the audience. The show had two hosts during its 18 years on the airwaves but it was Al Baker people remember the most.
'People Are Funny' so let's start laughing