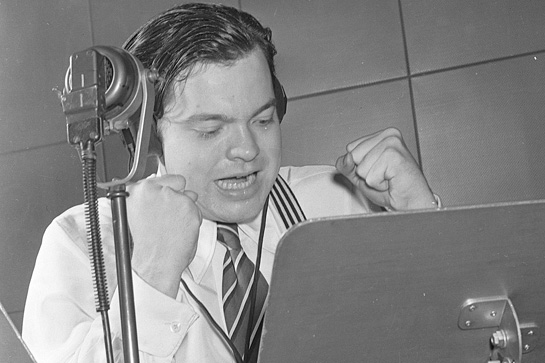 October 30, 1938: On this date, H.G. Well's The War of the World was shown on The Mercury Theater on the Air at 8 p.m.  The radio adaptation of this novel made the little known actor and filmmaker Orson Welles famous. He was known previously for providing the voice for title character of The Shadow radio show.

The show was delivered in news bulletin form.  Due to the manner in which the episode was delivered, some listeners, who failed to hear the introduction, mistakenly thought that it was a real report of an alien invasion. Because of this, in 1975, a docudrama based on those events was made.  It was entitled The Night That Panicked America.
'The War of the Worlds' aired on CBS