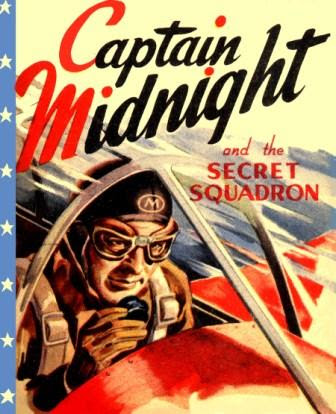 October 17, 1938: The story about the captain who was fought crime with his single engine plane, was aired for the first time on Mutual.

In Captain Midnight  the main character, Captain Jim "Red" Albright, was a U.S. Army aviator during the First World War.

The code name Captain Midnight was given to him by a General who assigned him to a mission that he was able to complete at exactly 12:00 midnight.

During its run, the show was very popular among many radio listeners, most of whom were adults. It was also the favorite show of U.S. Air Force crews.
Captain Midnight's debut on Mutual