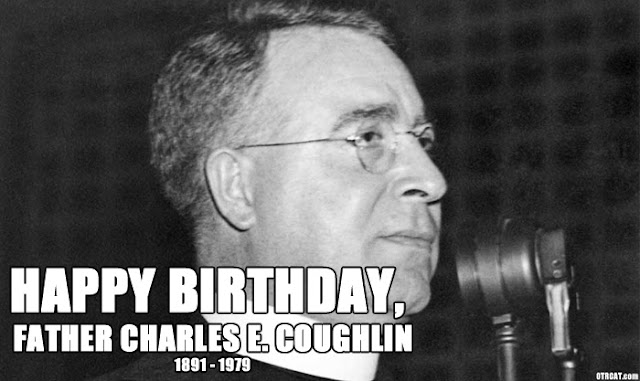 During his time in the public eye, Father Charles Coughlin became one of the most revered figures in the Depression era of American history. Known for delving into politics more frequently than religious matters, Father Coughlin was never shy about preaching his version of the truth to anyone, be they loyal listeners or otherwise. (Source = Father Coughlin)
Father Charles E Coughlin October 25: Happy Birthday