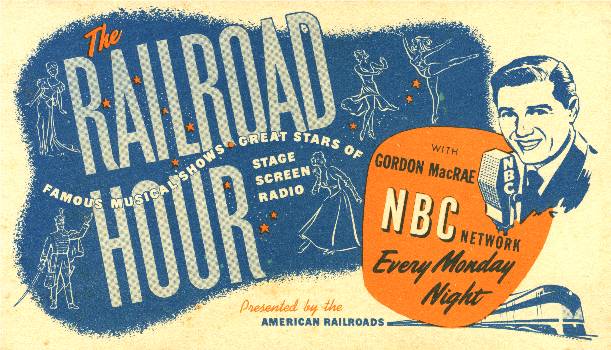 October 4, 1948:   The Railroad Hour was presented for the first time on ABC, starring Gordon MacRae. The show’s title song was ‘I've Been Working on the Railroad’.

With the Association of American Railroads as its sponsor, The Railroad Hour  was a 45-minute variety show that featured radio musical comedies and dramas. During its run, which was from the 1940s until the mid-1950s, the show had produced a total of 299 episodes.