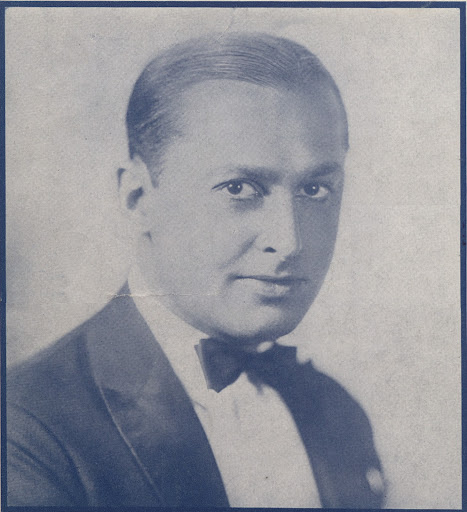 Ben Bernie was an American jazz violinist and radio personality, also known as The Old Maestro. He was very popular with his showmanship and memorable bits of snappy dialogue. Bernie recorded his orchestra from 1920 - 1930 in various City. In 1925 Ben Bernie and his orchestra recorded the Sweet Georgia Brown.
In 1930 Bernie made his debut in musical variety radio shows, titled, Ben Bernie.

The Old Maestro' broadcast, reached high rating and placed him among radio's top ten programs. He started his debut on radio in the early 1923 on WJZ and the NBC Blue Network in 1930-31, sponsored by Mennen. In 1931-1932 his program run on CBS, sponsored by Pabst Beer and then heard Tuesdays on NBC from 1932 to 1935, also with Pabst and Jimmy Wallington as the announcer.