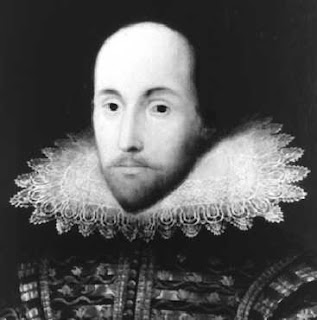 Orson Welles was a lover of the classics who cut his teeth as a stage actor acting in several Shakespeare classics. He produced and directed several, including some for the Federal Theatre Project in the early 1930's. On the air, he brought Shakespeare to life on his program Columbia Workshop, with adaptations of Hamlet and As You Like It.

Shakespeare's plays were adapted on such programs as I'm Sorry I'll Read That Again, Suspense, and Theatre Guild. References to Shakespeare characters and phrases inspired titles of episodes of Gunsmoke, First Nighter, and Favorite Story. He is too big a figure in arts and literature not to have made his imprint on old time radio. Happy Birthday, Bard.
Andy Griffith As You Like It Columbia Workshop Favorite Story Federal Theatre Project Gunsmoke Hamlet orson welles Suspense The First Nighter Theatre Guild William Shakespeare