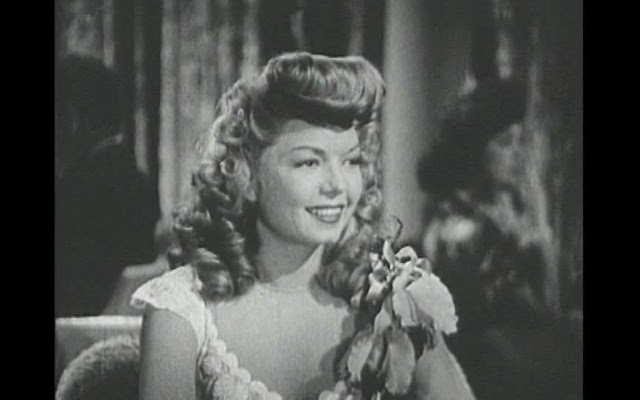 With episode titles like "Family Picnic," "College Days," "Cleaning the House," and "Performing MacBeth," The Frances Langford Show sounds like Ozzie and Harriet with just a splash of Orson Welles' Mercury Theatre on the Air tossed in just to keep things interesting.

The gorgeous singer hosted the show only through the crazy Summer of 1947--it was a Summer replacement for The Burns and Allen Show. The half-hour show featured Langford crooning such numbers as "I'm Always Blowing Bubbles," "Almost Like Being In Love," and "When You're Cryin'."

Langford grew up in Lakeland, FL, which probably makes it a bit unlikely that she was trained as an opera singer. She changed her style to Big Band after a tonsillectomy, and her radio and stage careers began to develop in parallel.

She was a regular on The Rudy Vallee Show. She was born on this day in 1913, and lived until 2005.
Frances Langford Mercury Theatre on the Air orson welles Ozzie and Harriet Rudy Vallee Summer replacement for The Burns and Allen Show The Bickersons