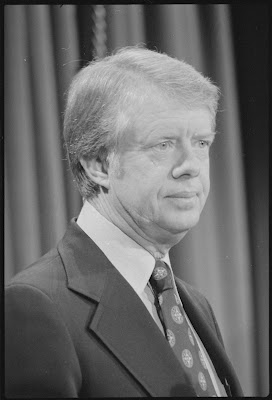 Perhaps not quite as funny as George Burns or Jim Jordan; not possessed of the voice of Orson Welles; maybe not as bracing a presence as Vincent Price.  But then again, Jimmy Carter never tried to be a radio star.  He wanted to make a difference in the lives of the poor, the working class, Americans in general and humankind across the globe.  He was the 39th U.S. President, deep into the tradition of the weekly radio broadcast and a couple of decades before Twitter.