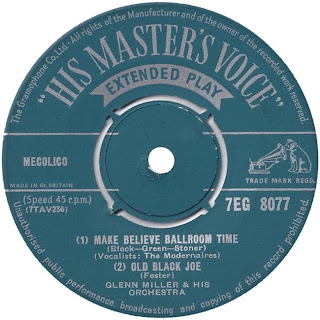 October 11, 1940: Glenn Miller composed the title theme song for Make Believe Ballroom on WNEW, hosted by Martin Block. The song was recorded at the Victor studios in New York City.

Block designed the element of doing a "live" radio station broadcast, finishing with entertainers (on records) like Frank Sinatra or Harry James. The show was broadcast from the "Crystal Studios" at WNEW.