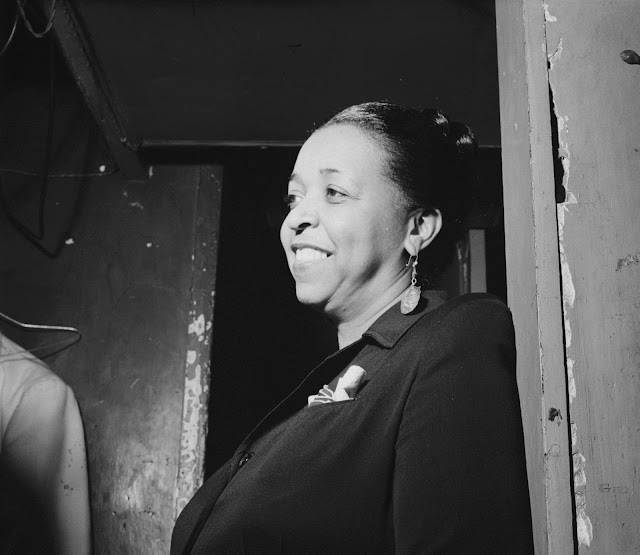 Tied for Halloween for greatest significance today is the birthday of singer, actress, and pioneer, Ethel Waters.

Waters was a groundbreaker and trailblazer for many later African-American singers and performers of all stripes.  She ground out a living on the hard-scrabble vaudeville circuit in the early 20th century, then became a staple of the still-developing artform known as jazz.  She's best known for her big hit songs such as "Dinah," "Stormy Weather," and "Heat Wave."