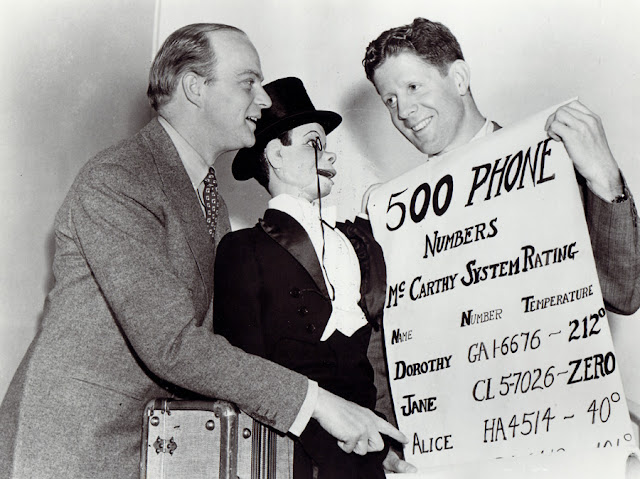 Although the show name changed several times, the listening public knew the show as The Rudy Vallee Show. In this show, megaphone totin' Rudy and his Connecticut Yankees band played through the late 1940's.

The Rudy Vallee Show was the first musical variety radio program broadcast on NBC. This program was sponsored by the popular Fleischmann’s Yeast Company. NBC executive, Bertha Brainard, was the woman behind the suceess of the show. She encourage Rudy Vallée to host a variety series and told Rudy that "only a woman could understand the appeal of Vallée's voice."

The show quickly became a top-rated variety program and the host appeared along with regulars, Ole Olsen and Chic Johnson.  Very popular and influential, the show featured dramatic skits, music and comedy and could made an unknown person into a radio star.
The First Rudy Vallee Broadcast on NBC