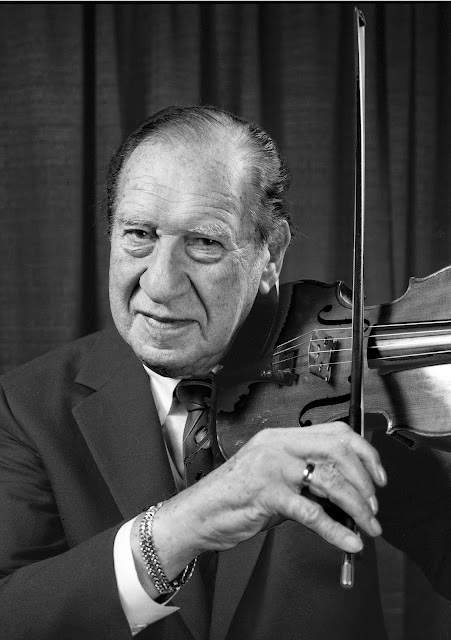 Not quite St. Patty's Day and not the Ides of March, today is still special by way of marking the birth of comic groundbreaker Henny Youngman. There are many examples of people who adore Youngman's work. Take my wife...please. Youngman wrote that seminal one-liner, along with, "I miss my wife's cooking...as often as possible," and "I was so ugly, when I was born, the doctor slapped my mother."

Youngman was born Henry Yungman in Liverpool, England, in 1906. He learned the violin, began playing it in a jazz combo in American nightclubs, and then got into comedy. He ground out the brutal nightclub circuit for the rest of his life, though for much of it was an established star.