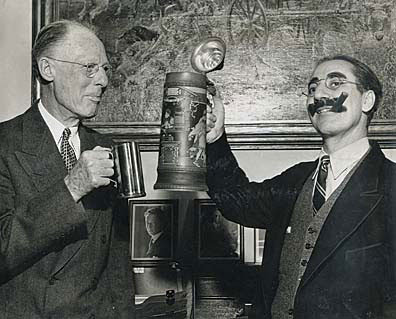 Blue Ribbon Town, otherwise known as the "Pabst Blue Ribbon Town," was a 30-minute radio comedy series written by Dick Mack. It starred Groucho Marx, along with other artists like Leo Gorcey, Fay McKenzie, and Virginia O'Brien.  It aired on CBS until August 5, 1944.
'Blue Ribbon Town' premiered on CBS