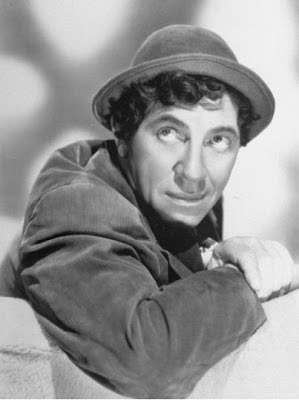 It's pronounced "Chick-o." Legend has it that in an early press release, the typesetter forgot the "k," and in a spirit of whimsy, the Marx Brothers left it that way. It therefore began to be pronounced the way it was spelled, and the name essentially began going by either pronunciation.

In Spring of '34, the two had a quick stint on a show called Marx of Time which lampooned current events.

Chico appeared in a handful of episodes of Pabst Blue Ribbon Town, which Groucho Marx hosted.