on March 28, 2014
March 28, 1941: The gossip columnist, Louella Parson, introduced famous guests who appeared in dramatized stories. She hosted Hollywood Premiere for the first time on CBS. 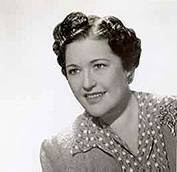 Named as a columnist with uncanny gift for sensing scandal, Louella Parsons was known to air scoops with dramatic touch that can always make or break the subject’s career.

"Hollywood Premier" was one of the programs hosted by  Parsons in which actors and actresses were interviewed. This program featured the radio adaptations of some scenes of the guests’ upcoming movie.
'Hollywood Premiere' met the gossip columnist