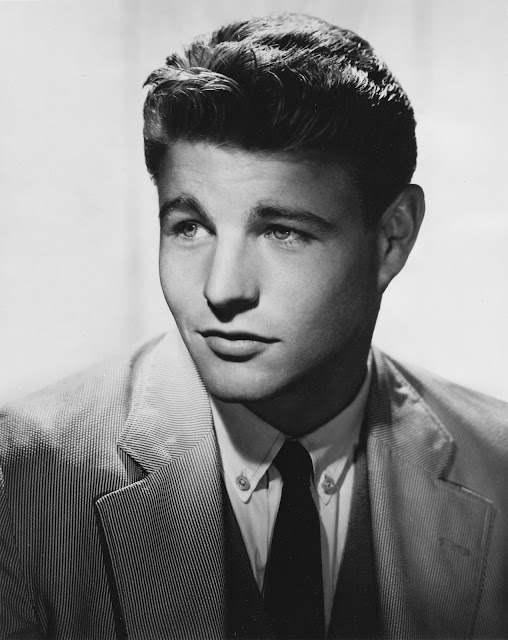 Bandleader, radio star, TV star, holder of a law degree, paradigm for generations of fathers, Ozzie Nelson did just about everything.  We know he'd become grandfather to the awful early-90's rock duo Nelson (Gunnar and Matthew of the long white hair), but we can't hold that against one of the godfathers of classic radio.

Today's birthday boy was an Eagle Scout and high school football player in Ridgefield Park, New Jersey.  During this time he developed his music chops and became a teen bandleader.  He formed the Ozzie Nelson Band, which beat out Paul Whiteman's orchestra in a 1930 New York Daily Mirror poll.

The man who married Harriet Hilliard in 1935 was already a successful recording artist, not necessarily figuring to become essentially a metaphor for domesticity.  But the two of them put on a family-oriented radio show, and then the TV show with its cardigans that would characterize him as safe and paternal.

A hallmark of a good father, in a lot of people's minds, is successful offspring, and Ricky Nelson did just fine as a chart-topping pop-rocker.