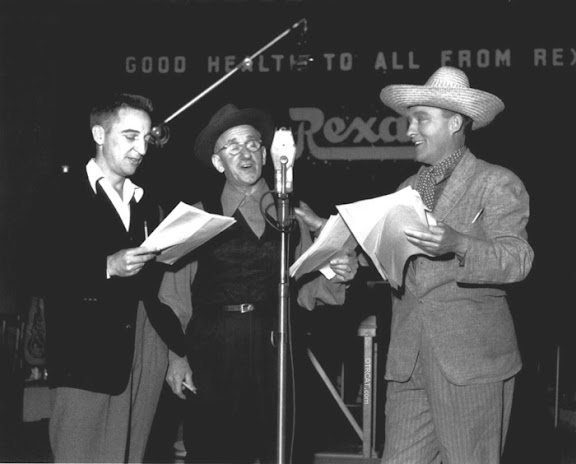 March 25, 1943: Jimmy Durante and Garry Moore appeared for the first time on radio, and the pair remained on the air waves for the next 4 years. The duo took the place of the famous Abbott and Costello after Lou Costello suffered a heart attack.

Durante and Moore, a comedic duo, started their careers by appearing in Camel Comedy Caravan, where Moore was the “straight man” (serious) and Durante was the comedic foil.

Camel Comedy Caravan was a comedic show with music that featured six comedians, including the newcomer, Moore.

In the 1940’s, Moore decided to leave the radio showto enter the big screen. Durante chose to stay in the radio industry.
Durante and Moore as the new comedic duo