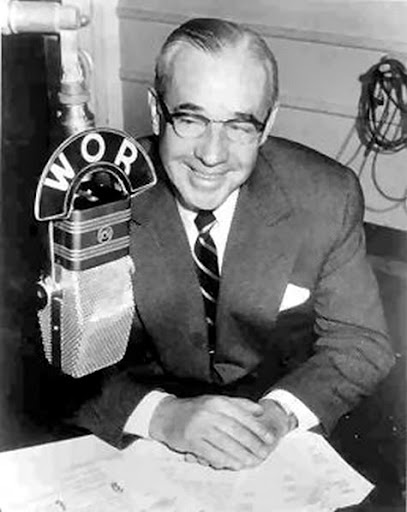 March 8, 1925: Bernard McFadden is a physical culturist which has the breakfast program radio show in New York City. His career ended when McFadden stopped appearing for his morning radio broadcast. Instead of a young engineer who worked at the radio station was appointed to replace McFadden and filled the broadcast  with ad lib on prime time.

Finally, station WOR decided to give a chance to  John  Gambling, the young engineers to replace the Fadden permanently. John Gambling worked for years until finally he gave his microphone to his son who was also named as  John Gambling. The show was attracted listener's attention in 3 states. The show goes on the air from  710 am channel every morning and broadcast from New York at 50,000 watts.

John Bradley Gambling born on April 9, 1897. He was an icon of American radio. He was the first generation of The Gambling family in radio broadcasting. He was followed by his son and his grandson   whom John A. Gambling and John R. Gambling. They were hosts of  WOR Radio's (New York City, 710 AM). They hosted the morning show Rambling with Gambling (now known as The John Gambling Show) for over 75 years (1925–2000 and 2008–present). The show is one of the greatest program in radio broadcast history.
John B. Gambling and His Amazing Program