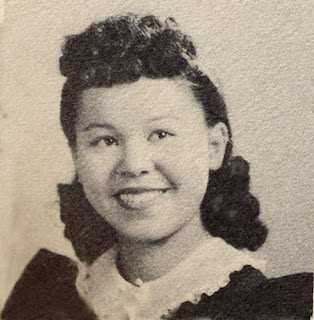 Barbara Jean Wong was an American actress- primarily a radio actress- born to third-generation Chinese-American parents. She started her career at an early age of five. She had a fine, clear voice at the age due to which she garnered many roles in radio programs at such a small age.

The role you may remember her in was that of Arbadella in Amos 'n' Andy. Arbadella was Amos's daughter, enjoying tender moments with Amos, including his teaching her the significance of the Lord's prayer. She was also a staple on Christmas programs.

The charming young gal also threw her personality into appearances on Lux Radio Theatre, Cavalcade of America, and Hallmark Hall of Fame.

Most of the characters the fifth-generation Chinese-American played were not Asian. Here's a salute to a character actress on Amos 'n' Andy, one of the all-time greats of radio.
Amos 'n' Andy Barbara Jean Wong Cavalcade of America Christmas Hallmark Hall of Fame Lux Radio Theatre The Chinese-American Shirley Temple