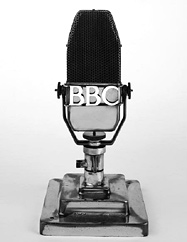 December 19, 1932: This day marks the start of the overseas transmission of the British Broadcasting Corporation with its Empire Service to Australia.

Since the launch of the BBC Empire Service on this day, BBC started their world service to listeners outside the UK. The BBC had provided services by radio direct broadcasting and re-transmission contracts, and later on continued through television and the internet. BBC World Service at that time still shared some of the facilities of the domestic services, but for the news and current affairs programs, BBC World Service had their own Managing Director. BBC World Service was funded by the British government for their operational cost. The source of the funding was from a domestic licensing fee.
The BBC Broadcast Transmission to Outside UK