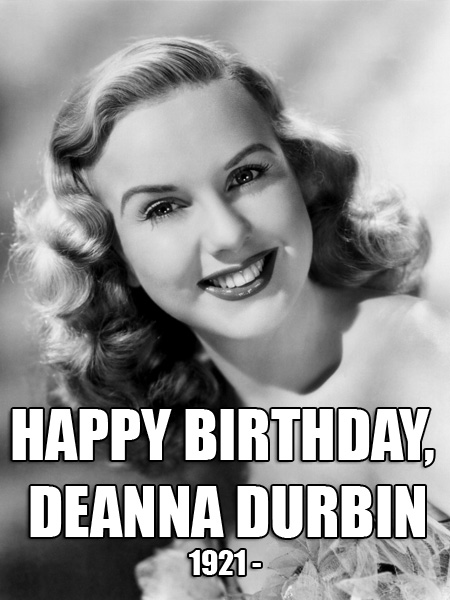 The silver screen era had some of the greatest talent available. In that recipe of “talent” was an actress named Deanna Durbin. Born in Canada in 1921, Miss Durbin was quick to be picked up by Universal Studios, as a teenager, and star with Judy Garland in Every Sunday. Her teen appeal struck a chord with millions of fans around the world. However, as she grew older and wanted to change her acting style from youth to more sophisticated, her appeal lost ground with the audience.

People loved Deanna Durbin for her ability to be the precocious young girl and were not ready for her to evolve into something older. Besides acting, Deanna was also a talented singer, having recorded 50 plus recordings for Decca Records in the late 1930’s to 1940’s, which made their way onto the radio and heard around the country. Her name was also used in the title of a couple of heroine themed books.

She continued to make movies until 1949; but, as her fame started to wane she retreated to seclusion and moved to France with her husband, Charles Henry David, where she continues to live today. Her name may not ring with the likes of Loretta Young or Myrna Loy, but she holds a memorable place in the hearts of moviegoers that remember her charm, wit and appeal. She had a short history in the cinema, however her presence is still shown through in Deanna Durbin's old time radio appearances.
Deanna Durbin 91st Birthday Deanna Durbin radio