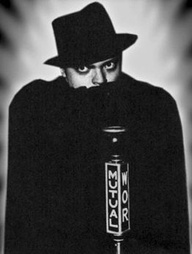 December 26, 1954: The Shadow, one of the most famous radio shows which debuted in 1930, went on air for the final time. The famous character Lamont Craston was seen fighting against greediness and venality. "Who knows what evil lurks in the hearts of men? The Shadow knows......."

Wildly popular, this series once starred Orson Welles.  The Shadow radio show did an outstanding job of holding listeners attention. Part of the fun of the show were the catch phrases. Each show ended with the words: "The weed of crime bears bitter fruit. Crime does not pay.... The Shadow knows!"
The Shadow' airs for the last time