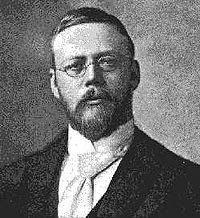 December 24, 1906: In his first radio broadcast in Brant Rock, MA, Professor Reginald A. Fessenden broadcast a short rhyme, violin play, and a speech (there are several accounts of such events, according to some sources)

Reginald Aubrey Fessenden (October 6, 1866 – July 22, 1932) was an inventor who performed pioneering experiments in radio, especially transmission of voice. Later in his career he received hundreds of patents for devices in fields such as high-powered transmitting, sonar, and television.
First broadcast of Prof. Reginald A. Fesseden