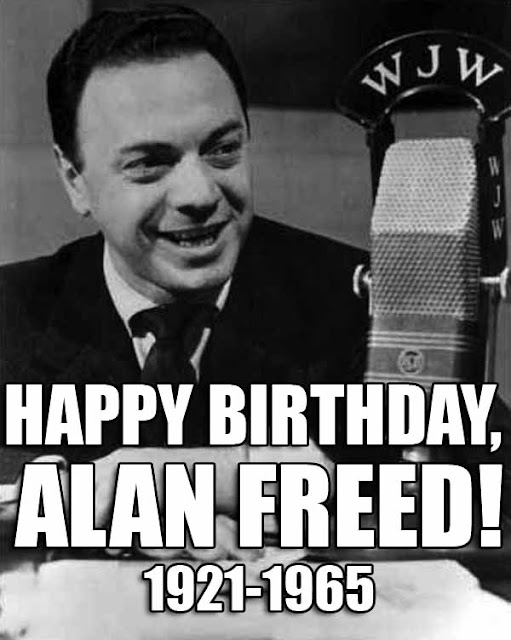 Chuck Berry sang it, Jerry Lee Lewis sang it...and Alan Freed “penned” it. “It” being rock-n-roll and Alan Freed was the Disc Jockey to bring the famous label to the forefront of America by mixing the radio airwaves with country, blues and jazz.

Born in 1921, Alan Freed stepped over the line to attract the attention of America's youth and to see them as the hot demographic to pitch his music discovery towards. Freed wanted to be a bandleader, but when an ear infection destroyed that dream, the trombone player from Ohio focused in on radio. It was in his capacity as a disc jockey at various radio stations that Freed developed his appreciation for music and to bring to life the rich blends he was discovering and make it appreciated by the teenagers, then filtered to older folks.

By 1958, Alan Freed would become embroiled in a scandal in the music business known as payola. major record companies would pay disc jockeys to play certain records, thus showing a favoritism over other performers. Alan freed ended up being the most notable of the air wave kings to come under criminal prosecution. It was felt by many that he became the scapegoat for the industry because he catered to a huge black population, and racial tensions were beginning to rise at this time.

Mr Freed never regained the popularity he once held and his last couple of radio stations placed heavy restrictions upon his style. Alan Freed died in 1965 at the age of 43.
Alan Freed Alan Freed Radio