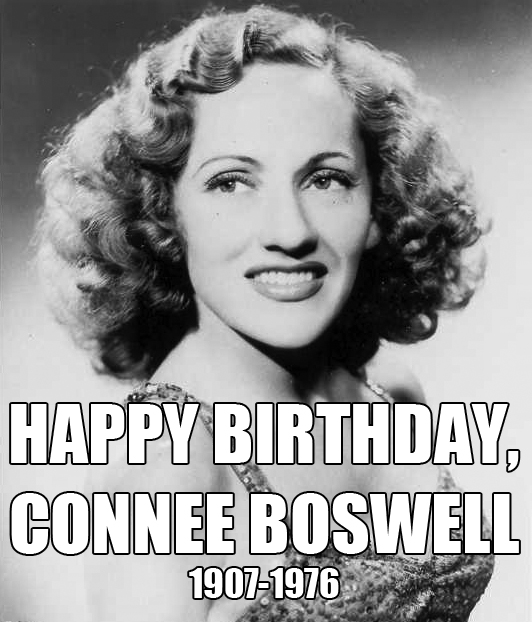 One of the Boswell sisters, Connee Boswell was also a favorite duet partner of Bing Crosby. After forging great fame with her sisters and forging a reputation as one of the great jazz singers, Connee began hosting the Connee Boswell Show in 1944.

The show was Broadcast "from the heart of Broadway...to you," and sponsored by Eversharp Schick Injector Razors.

However, radio listeners also enjoyed Boswell's many appearances on Maxwell House Coffee's "Good News." She appeared more than a dozen times from 1938-1940, on shows also including Lucille Ball, Walter Huston and Louis B. Mayer.

Connee Boswell  would remain friends with Bing Crosby  and would appear on television with him near the end of her career, in the 60's and 70's. She died in New York on Oct. 11, 1976. She will be remembered for entertaining Americans with her hit songs "Alexander's Ragtime Band," "I Let a Song Go Out of My Heart," and "Moon Over Miami."
Alexander's Ragtime Band Bing Crosby Birthday Connee Boswell I Let a Song To OUt of My Heart Maxwell Good News Moon over Miama